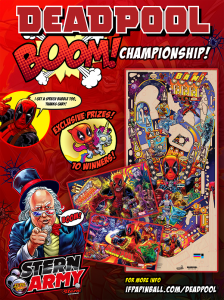 Players can enter by participating in any IFPA-sanctioned Stern Army events that include Deadpool in the tournament:

We’ll be keeping a live leaderboard along with any information on upcoming events HERE.