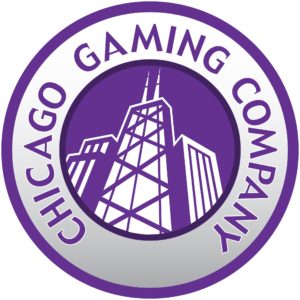 Chicago, October 1, 2021 – Chicago Gaming Company is pleased to announce that Lyman Sheats and Josh Sharpe have been contracted to develop new and enhanced software for Cactus Canyon Remake.

Lyman Sheats is a pinball software engineer whose accomplishments span nearly three decades. Lyman brings a wealth of knowledge in software design as well as gameplay. His visions of gameplay and rules are a result of his many years as an avid pinball tournament player and enthusiast, and many of his rulesets serve as the backbone for modern pinball rules design.

Josh Sharpe is a passionate pinball enthusiast who is the current president of the International Flipper Pinball Association (IFPA). Josh has been a competitive pinball player since 1993 and created the World Pinball Player Rankings in 2006. The son of industry legend Roger Sharpe, Josh also extended his love of pinball by writing game reviews for Play Meter Magazine for 18 years.

“We are pleased to be working with Lyman and Josh on this project. Their knowledge, enthusiasm and excitement have been instrumental in taking this game to a level above and beyond our expectations,” said Doug Duba, President of Chicago Gaming Company.

Please contact Ryan White (ryanwhite@chicago-gaming.com) with any questions you may have.