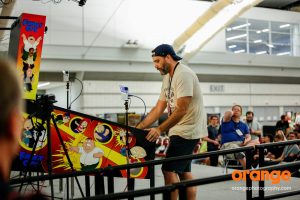 At this point the comparisons to Tiger Woods can stop, because Tiger Woods wishes he was as good at golf as Keith Elwin is at pinball.