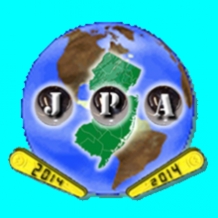 Place where League Play is done:: Eight On The Break (Dunellen, NJ)

Dues and Prizes: League Dues are $8.00 each week. 40% of each player's dues goes toward weekly cash prizes and the rest goes toward a High Score Prize Fund and End-of-Season cash prizes and trophies/certificates for the winners of the League. The top 4 to 6 group winners (dependent on the number of groups in the League) share the entire weekly prize pool each week. Each player has to pay $40 on (or before) Week 1 and the other $40 has to be paid by Week 6 of the League.

Playoff Round(s): The top players at the end of Week 10 in each Division will play in one (Finals) or two playoff round(s) (Semifinals and Finals) (depending on how many players make the playoffs) to determine the League Winners for each Division. These Playoff Round(s) will take place the week after regular League Play has concluded. The winning players will receive cash and a trophy or certificate. Players in the A Division Finals and the first place winner of the B Division Finals may receive extra prizes as well.