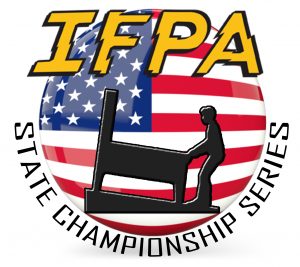 THE STATE OF PINBALL BOUNCES BACK=

It has been a year of transition but the venerable pinball machine has managed to not only endure but also thrive. The growing allegiance of competitive players has stepped up to showcase their skills across the country in more than 7700 tournaments and leagues in an attempt to qualify for the North American Championship.

The International Flipper Pinball Association is pleased to announce the 8th Annual IFPA State Championship Series finale. With these 7700 tournaments and leagues taking place from coast to coast, more than 21,000 players competed to earn their spots in the final field.

On Saturday, January 21, 2023 over 1000 of the best of the best representing 47 states and the District of Columbia will face off in a survival of the ‘flippest’ to crown champions all across the country, battling for their share of the $170,000 prize pool.

The allure of pinball and the challenge of controlling the movements of a 2 ¼ inch silver sphere has captured the attention and interest of men, women and children around the globe. There are now over 95,000 ranked players who are showcasing their individual skills in more than 8,400 different events and leagues being staged annually. And these numbers keep increasing at a dramatic rate.

New for 2023 the IFPA will also be hosting the 1st Annual IFPA Women’s State Championship Series finale with over 500 players representing 40 states and the District of Columbia. These will be scheduled for the following day, Sunday, January 22, 2023.

In just sixteen years, the International Flipper Pinball Association has been able to provide support, guidance and a structure for so many of the organized leagues and tournaments thanks to the tireless efforts of over two dozen different IFPA country directors.

The International Flipper Pinball Association was created with the express purpose of encouraging, supporting and endorsing competitive pinball throughout the world. The organization provides oversight and assistance to not only establish pinball leagues, but also tournaments, and other promotional activities.

“It is remarkable to see what the IFPA has been able to achieve and the emergence of new locations globally which have opened their doors to pinball. The result is that more and more people are getting the opportunity to play the latest and greatest releases from a growing number of manufacturers. Through it all, pinball has managed to stay relevant as a major part of leisure time entertainment”, states Josh Sharpe, President of the IFPA.

For more information regarding the IFPA or any of its participants, please contact International Flipper Pinball Association Vice President Zach Sharpe (ifpapinballPR@gmail.com) or check the organization website: www.ifpapinball.com.