IFPA needs your help – WPPR for Women’s only tournaments 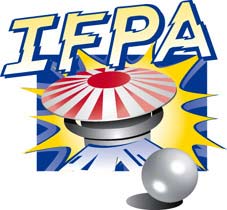 We have been excited to also see the growth of Women-only tournaments and leagues, and wanted to do more to promote those kind of events.

So . . . we’re creating a separate WPPR ranking specifically designed for Women-only events. We plan on using this separate rankings system to select additional women as Wild Card spots for the Women’s World Championship starting in 2018.

To kick things off we need your help! Similar to when we launched the original WPPR system, we spent months gathering as many results of tournaments and leagues that we could. We now need to do this for any Women-only event that’s ever happened to help kick the rankings off.

If you have ever hosted a women-only league or tournament, or know of any results that exist anywhere, please contact us at ifpapinball@gmail.com. We will work with you on putting those results into the system.